Letter of intent for H2B2 Electrolysis Technologies, a Leading Developer and Operator of Green Hydrogen Production Systems for Clean Energy Generation, to Go Public on the NASDAQ via a Business Combination with RMG Acquisition Corporation III 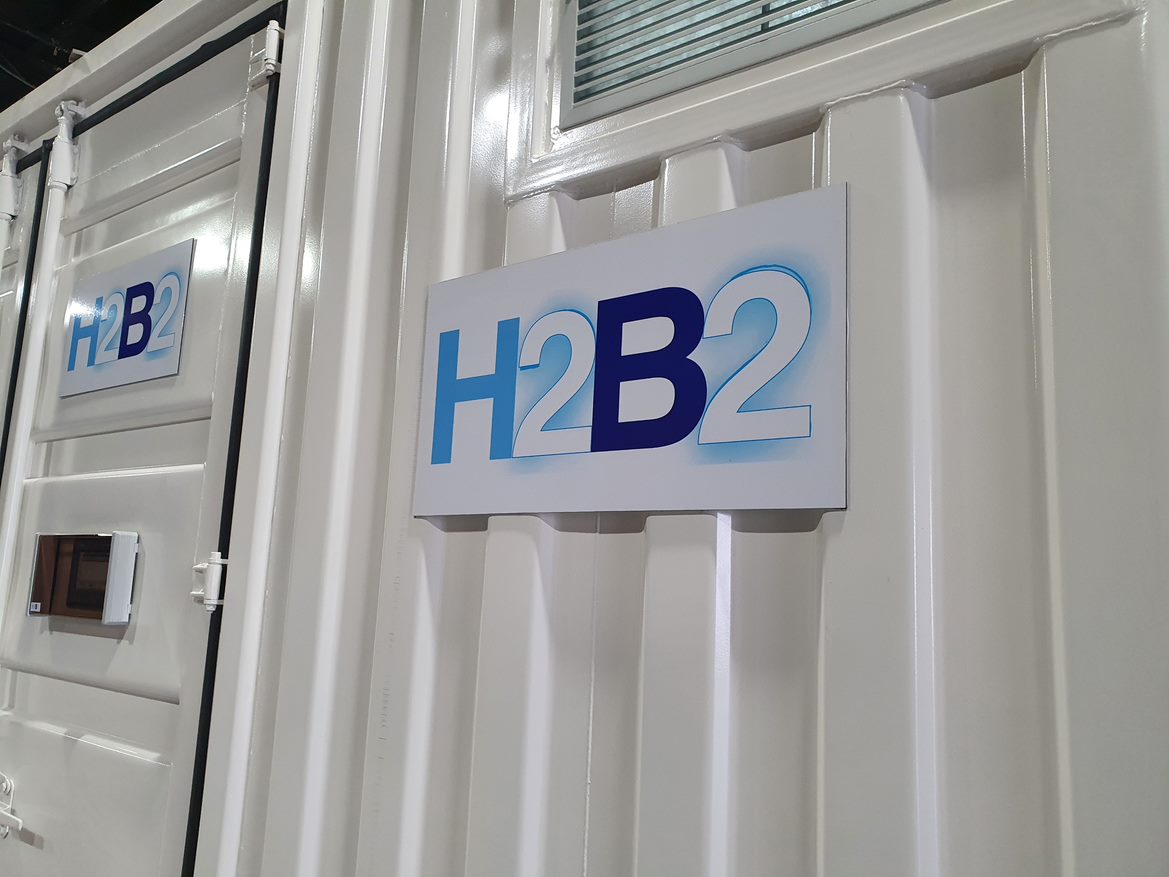 Under the terms of the LOI, H2B2's shareholders would continue holding substantially all of their equity in the combined public company. RMG III and H2B2 expect to announce additional details regarding the business combination when a definitive agreement is executed, which is expected before the end of the first quarter 2023.
Since its founding in 2016, H2B2 has become a key player in the green hydrogen energy sector. The company is expanding rapidly in Europe, the United States, Latin America, Asia and the Middle East and has secured a role in strategic projects. In particular, H2B2 has been selected as a participant in the IPCEI Hy2Tech (Important Projects of Common European Interest) program, through which it has been approved by the European Commission to receive up to € 25 million in public grants out of the € 5.4
billion that will be invested.

In 2019, the California Energy Commission awarded H2B2 a grant for the development of a green hydrogen production facility, Sohycal plant, in Fresno, California. This 3MW plant is scheduled to begin production in Q1 2023 and will become the first green hydrogen plant, powered by H2B2, vertically integrated from the photovoltaic production of electricity to the transportation and dispensing of green hydrogen at the charging station.

In 2021 Colombia’s Ecopetrol, one of the world’s leading oil companies, began working with H2B2 and recently incorporated the Company into its group of strategic partners as part of its plan to decarbonize and develop green hydrogen energy. H2B2 has also recently entered the Indian market through a joint venture with GR Promoter Group and the creation of GreenH.in Electrolysis.

The Company has reinforced its commitment to good corporate governance by increasing the number of independent directors on its board, including newly appointed chairman Antonio Vázquez, who has four decades of experience in international business development. Mr. Vázquez most recently was Chairman of IAG, the holding company for Iberia, British Airways, Vueling and Aer Lingus, and president of Iberia. The Company also recently appointed as CEO Anselmo Andrade Fernández de Mesa, who has been part of the management team since the Company was founded in 2016, including as its CFO until 2021 and Head of the Business Development division for the last two years. Mr. Andrade earned a master´s degree in finance through the London School of Economics and Political Sciences.
As part of the Company’s transition to public ownership, Mr. Andrade takes the reins from Felipe Benjumea Llorente, founder of H2B2, who will assume the role of Strategic Advisor so that he can continue to contribute to the development of the business globally.
“The steps we are taking to finalize our business combination with RMG III will represent a new era for our company and a great step forward in accelerating the decarbonization of the energy sector globally,” said Antonio Vázquez, Chairman of H2B2.
Anselmo Andrade added: “The Company will continue to distinguish itself by bringing together a team with decades of experience in the hydrogen energy sector and deploying its proprietary technology as it continues its expansion."
RMG III’s Jim Carpenter said “RMG III is excited to be partnering with a company that we believe has the potential to become a global green hydrogen leader.”

No assurances can be made that the parties will successfully negotiate and enter into a definitive agreement, or that the proposed transaction will be consummated on the terms or time frame currently contemplated, or at all. Any transaction would be subject to board and shareholder approval of both companies, regulatory approvals, and other customary conditions. RMG III is holding an extraordinary general meeting of its shareholders on January 10, 2023 to approve an extension of time for RMG III to complete an initial business combination through May 9, 2023, and the proposed transaction would be subject to approval of the extension proposal by RMG III’s shareholders.

H2B2 Electrolysis Technologies (“H2B2”) is a global, vertically integrated provider of hydrogen energy systems, services, and equipment, with its own proprietary water electrolysis technology. The Company’s suite of products and services span the production and transport of hydrogen, from design through operation. Hydrogen is commercialized across a variety of sectors such as industrial, energy storage, mobility and residential. For more information, visit www.H2B2.es or connect with us on Twitter or LinkedIn.

Important Information and Where to Find It

RMG III has mailed to its shareholders of record as of November 22, 2022 a definitive proxy statement (the “Extension Proxy Statement”) for an extraordinary general meeting of shareholders to be held on January 10, 2023 to (i) extend the date by which RMG III must consummate an initial business combination or, otherwise, cease its operations (except for the purpose of winding up) from February 9, 2023 to May 9, 2023 and (ii) allow RMG III, without another shareholder vote, to elect to further extend the date to consummate a business combination up to three times by an additional month each time after May 9, 2023 for a total of up to six months, to August 9, 2023, if RMG III has entered into a definitive business combination agreement (the “Extension Amendment Proposal”). Shareholders may obtain a copy of the Extension Proxy Statement, without charge, by directing a request to: RMG Acquisition Corp. III, 57 Ocean, Suite 403, 5775 Collins Avenue, Miami Beach, Florida 33140. The Extension Proxy Statement can also be obtained, without charge, at the U.S. Securities and Exchange Commission’s (the “SEC”) website, www.sec.gov.

If a legally binding definitive agreement with respect to the proposed transaction is executed, RMG III intends to file preliminary and definitive proxy statements/prospectuses with the SEC. The preliminary and definitive proxy statements/prospectuses and other relevant documents will be sent or given to the shareholders of RMG III as of the record date established for voting on the proposed transaction. Shareholders will also be able to obtain copies of the proxy statement/prospectus, without charge, once available, at the SEC’s website at www.sec.gov or by directing a request to: RMG Acquisition Corp. III, 57 Ocean, Suite 403, 5775 Collins Avenue, Miami Beach, Florida 33140. The information contained on, or that may be accessed through, the websites referenced in this press release is not incorporated by reference into, and is not a part of, this press release.

RMG III urges investors, shareholders and other interested persons to read the Extension Proxy Statement and, when available, the preliminary and definitive proxy statements/prospectuses as well as other documents filed with the SEC because these documents do and will contain important information about RMG III, the Extension Amendment Proposal, H2B2 and the proposed transaction.

Participants in the Solicitation

RMG III and its directors and executive officers may be deemed participants in the solicitation of proxies with respect to the Extension Amendment Proposal and the potential transaction described herein under the rules of the SEC. Information about the directors and executive officers of RMG III is set forth in RMG III’s Annual Report on Form 10-K for the fiscal year ended December 31, 2021, which was filed with the SEC on March 31, 2022. Information regarding the persons who may, under the rules of the SEC, be deemed participants in the solicitation of the shareholders in connection with the potential transaction will be set forth in the definitive proxy statement/prospectus when it is filed with the SEC. These documents can be obtained free of charge from the sources indicated above.

No Offer or Solicitation

This press release shall not constitute a solicitation of a proxy, consent, or authorization with respect to any securities or in respect of the proposed transaction. This press release shall also not constitute an offer to sell or the solicitation of an offer to buy any securities, nor shall there be any sale of securities in any states or jurisdictions in which such offer, solicitation, or sale would be unlawful prior to registration or qualification under the securities laws of any such jurisdiction. No offering of securities shall be made except by means of a prospectus meeting the requirements of Section 10 of the Securities Act of 1933, as amended, or an exemption therefrom.